Background: Daily fatigue is a problem for many people because of its association with other illnesses. Maca has lately attracted considerable attention as a food for recovering from fatigue. Maca is high in benzyl glucosinolate which improves endurance capacity by preventing glycogen depletion. However, its effect on fatigue has not been investigated in clinical trials on humans.

Objective: The main objective of this study is to investigate the effects of maca supplements on reducing fatigue.

Methods: This study evaluated the effect of the consumption of maca extract containing benzyl glucosinolate (9.6 mg/day) on fatigue in adult women. This randomized, placebo–controlled, parallel–group double–blind study enrolled 60 subjects who were allocated to consume maca extract or placebo for 4 weeks. A visual analogue scale (VAS) for fatigue was used to evaluate the results. Blood variables and adverse events were used to assess safety.

Results: In both groups, the VAS of fatigue was decreased after 4 weeks compared with that before consumption. On stratification analysis, in subjects younger than 45 years, the VAS was significantly lower in the maca group, and the change between before and after supplementation was significantly larger in this group. 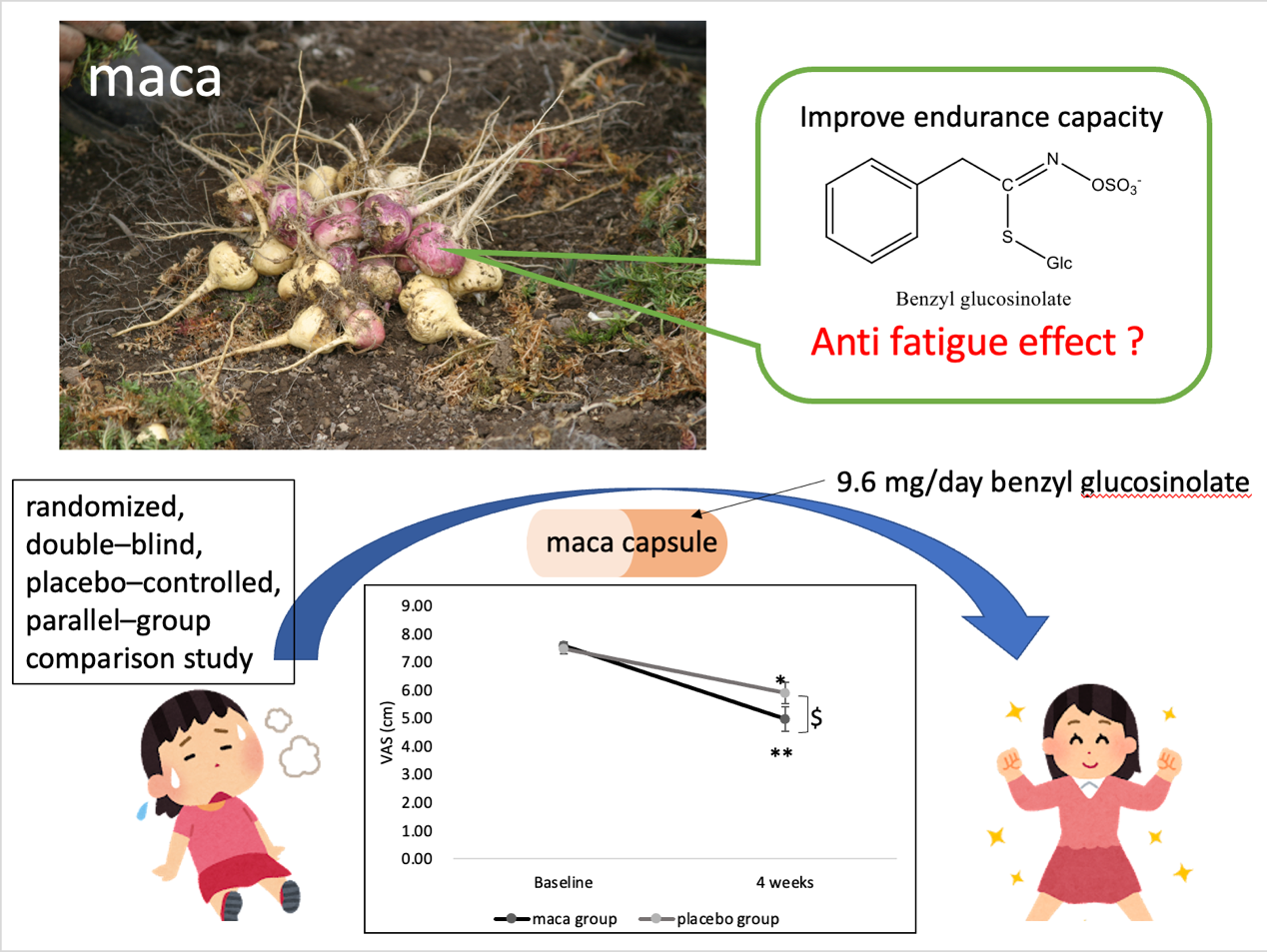 This work is licensed under a Creative Commons Attribution-NonCommercial 4.0 International License.
x
Message